Published for over a decade, After Dark was the longest running nightlife column in Japan, covering everything from Tokyo’s traditional izakayas to reggae bars and futuristic superclubs, and going backstage with its DJs and impresarios.

Club owner, producer and tastemaker Shuya Okino muses about why his latest album may have struck a chord with nostalgic Japanese listeners. 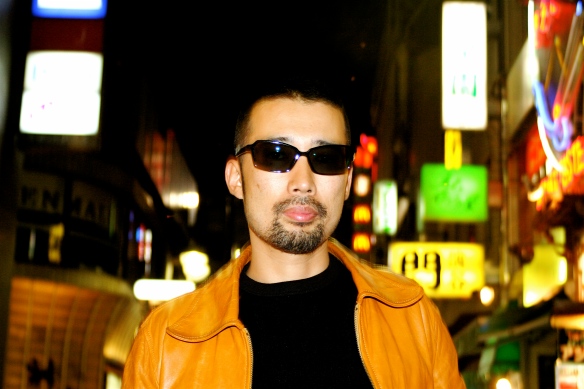 The luscious lineup of belters on veteran DJ and club owner Shuya Okino’s new album Destiny speaks to the Kyoto native’s influence in the worldwide acid jazz scene. Followers of soulful outfits like The Brand New Heavies and Incognito will immediately recognize names like N’Dea Davenport, Diviniti and Navasha Daya.

“I asked Diviniti, Navasha and Clara to join again after I worked with them in 2007 on United Legends,” Okino tells Metropolis about the creation of his new disc. “When I made that album I did everything using the internet, so I never got to meet anybody. But later I invited these three vocalists to Japan for my Tokyo Crossover/Jazz Festival and when we finally met our relationship became stronger. So when I started thinking about the vocalists I wanted for Destiny, the choice was clear. With N’Dea Davenport, I’d known her personally for 20 years but we’d never made music together. Then when she came to Japan two years ago, she asked me to do something with her.”

Best known worldwide as one-half with his brother Yoshi of the duo Kyoto Jazz Massive, Okino says the concept behind Destiny is jazz-meets-boogie. “With United Legends, Phil Asher and Seiji produced tracks with a boogie influence,” he explains. “I then released the remix album United Legends Replayed by Sleep Walker, which is a jazz album recorded completely live. From these two releases I started to think I should combine jazz and boogie for my second solo album.”

After looking back on jazz history with the latter album and a book on jazz Okino issued around the same time, the impresario behind Shibuya club The Room decided to look forward on his new album. The disc sets deep-lunged soul singers Diviniti and Davenport et al against a hopped up background that references the latest club beats.

“I imagined each vocalist’s voice and formed melodies around it,” he says. “Then I and Kenichi Ikeda (Root Soul) produced each track with a different influence from house, Detroit techno, breakbeats, and hip-hop, although the basic concept stayed jazz-meets-boogie.”

The effect isn’t groundbreaking, but then again it’s evolution, not revolution that Okino has in mind. “Club jazz’s roots are in the live elements so we should continue to play live, record live and collaborate with jazz legends like Pharaoh Saunders,” he says. “But to evolve we need to use the electronic elements, bringing in influences from club music like dubstep and techno to create new beats. Both parts work together—we shouldn’t think of the future as having to be separate from the past.”

Okino celebrates the debut of Destiny with a party at The Room in the company of many good friends, including longtime lynchpin of the UK acid jazz scene, DJ Patrick Forge. Many memories will no doubt be relived—and made anew.