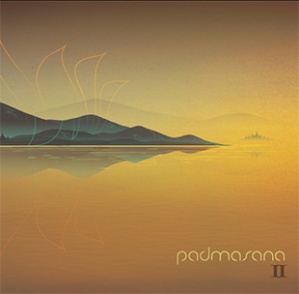 Almost a full generation since the first Western tripsters blissed out to sunrises on the Eastern beaches of Goa and Koh Phangan—and 13 years since their last album—Padmasana take up where they left off, providing the sonic downward glidepath for nights of electronic music and mind expansion. The duo of veteran Asia hands and occasional co-producers Gio Makyo and David Hikari (both at times Tokyo residents), with spiritual advisor S. Widi, expertly guide listeners on mood journeys via tracks such as “Transition” and “Vibration.” The musical references are as much to Indian ragas and Jamaican dub as they are a knowing wink to the 90s ambient house of The Orb or Subsurfing. The intriguing aspect of Padmasana 2.0 is that the music sounds good even without the presumed benefits of ecstasy or LSD. Is this because it brings the listener back to a certain time and place? Or because well-produced chillout music was always mind-expanding enough for it to stand alone?