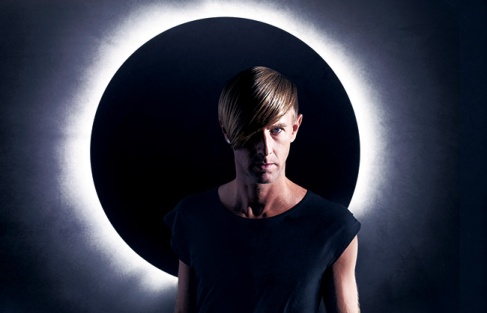 Metropolis tracked down pivotal Canadian DJ and producer Richie Hawtin aka Plastikman to hear about his evolving relationship with Shibuya superclub Womb’s annual big room extravaganza and get his take on the state of electronic dance music two decades after he emerged from the Detroit techno scene.

How did you first become involved with Womb Adventure?

I’ve been very close to the Womb gang for many years now. Six years ago they started to talk about doing a larger event, and all of Womb’s international DJ partners encouraged them as we’ve always felt there was a place for a special one-off event for techno and house in the Tokyo area. Of course there are and have been other large-scale electronic music parties in Japan, but Womb, with so many direct contacts to the international DJ community, was in a great position to offer a new type of lineup, and therefore a new type of event.

How has the relationship evolved?

My relationship with Womb has come full circle, starting as a business partnership when they first booked me as a DJ, then developing into a close-knit friendship with some of the core Womb team, and now again, uniting that friendship with unified business and creative ideas to bring my own special shows to Womb Adventure (ie. Contakt, Plastikman Live, Enter, etc).

What have been some of the high points so far?

Hahahah… they are nearly all highlights! Of course, presenting Plastikman Live at Womb Adventure was an absolute killer experience, but the most heartfelt gig was just after the tsunami when we came to do a Minus Hearts Japan benefit gig. We all wore our hearts on our chests and played music together bringing help, happiness and warmth to our Japanese fans.

Tell us about your plans for this year’s Womb Adventure and the development of your Enter showcase.

The Enter events are a marriage of high technology production values and the best possible DJs and music that electronic music has to offer. This year we’ll be combining favorite performers—like myself, Gaiser and Josh Wink—with some of the most interesting up-and-comers, including Recondite and Bella Sarris. Along with the performers, I’ll be bringing my entire audio, visual and lighting team in order to create the perfect synchronization between all the elements you need for a great experience.

When we first spoke a decade ago, you were experimenting with virtual DJ gear. Tell us about your continuing relationship with technology.

A decade ago I was one of two people touring the world with virtual DJ technology (i.e. the ability to play and mix digital music files). Now there’s hundreds of thousands of people adding to the tradition of DJing and mixing music together. Today it’s common for a DJ to mix with turntables, CD players and digital controllers separately, or even in combination. The past ten years have been a truly exciting revolution, and to be part of that from the beginning has been one of the most satisfying parts of my career—to really see and be part of a technological revolution that has changed the way we play and even listen to music.

Electronic music is being repackaged as EDM. How does this look to you as an early exponent?

There’s always been a form of more commercial or popular electronic music. The music that I create, produce and play has maintained a certain position within the greater world of electronic music—a position that has allowed it to flow freely in creativity and continue to develop. The more visible commercial level has always been there, it’s a product of what we do… and whether they call it new beat, trance or now EDM, that component will always be there.

You are a frequent visitor to Japan. What is your perception of the current club scene in Japan relative to the world?

Japan actually seems to be somewhat resilient to the more commercial forms of EDM, which is exciting. The scene in Japan seems to be slowly moving towards a more “unique” sound of electronic music rather than a more homogenized EDM sound. That’s great!

Why do you think music came to be?

Music exists for many reasons: for transmitting messages, emotions and creating and sustaining memories.

Tell us one thing we don’t know about Richie Hawtin that will help people understand what drives you to be a DJ and electronic music producer.

Swimming allows me to continue to have the focus for renewed evolution.

Fukuoka is known for generating some of the most creative rock of the archipelago—think Number Girl and Sheena Ringo. Without relocating to Tokyo like the above, trio Miu Mau are generating accolades all over. A listen to their new single “Monochrome” reveals why. Over jelly synths and airtight drums, singer Masami Takashima casts a spell with a voice that’s at once clear as bell and emotive—a welcome antidote to the simpering songstresses that dominate whatever now passes for Japan’s “airwaves.”

Sung in English, the video for “Monochrome” traces the lonely, ennui-filled “monochrome weekend” of a typical (if atypically lovely) young Japanese woman. “The concept for each of our songs is different,” Takashima says by email. “The best description of our overall approach might be, ‘new wave/experimental/indie-rock/breakbeats/ world/disco.’” However you want to describe the musical formula of Miu Mau (“cat’s tail” in Finnish), they’ve hit on the right combination of artfulness and pop.

The B-side of the single, “Haru wa Kaoru Spring,” is equally compelling, skirting the line of dub and electro without quite being either. Takashima, who moved from Kumamoto to Fukuoka to create a band, says bandmates Hiromi Kajiwara’s “cool looks” on guitar and drummer Miwako Matsuda’s “rock solid” beats made her realize instantly that they were the vehicle for her musical vision.

From their base in Fukuoka—a move to Tokyo is definitely not in the cards—the trio has dreams of one day touring abroad. But if not, they tell Metropolis that in a decade they’ll be the “coolest obasan” around.