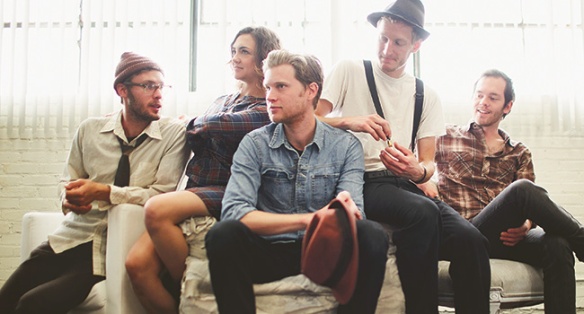 It’s been a year of superlatives for Denver folk-rock outfit The Lumineers since “Ho Hey” went to number one on the back of one of the decade’s most memorable choruses. Yet when Metropolis reaches frontman Wesley Schultz on tour in Florida, they’re coming off another high.

“We sold out two nights at Red Rocks with the Denver Symphony Orchestra, which was just incredible—it was distracting how beautiful it was,” he explains in measured cadences over the phone. “It was the first time we’ve had the chance to play with people of that caliber.”

Schultz says the quintet’s planning for their first symphonic collaboration went smoothly. “Tom Hagerman, who’s in this band Devotchka, did the score. We make pretty minimal music, so there was a lot of room to add more sound. Some of the songs we’d already envisioned with strings, so the choices pretty much made themselves.”

Along with outfits like Mumford and Sons, The Lumineers are spearheading a new chapter in the singer-songwriter tradition.

Founded by Schultz and childhood friend Jeremiah Fraites in New Jersey in the mid-2000s, the group weds heartfelt lyrics to carefully wrought acoustic guitar music, leavened by the cello, mandolin and bass of three newer members. “Jer and I, we’ve been writing songs for eight-plus years together,” Schultz says, eager to show the band is more than simply a 100-million YouTube view wonder. “That experience made me able to appreciate this—and the years of working on our craft in the shadows I hope helped us to make a complete record instead of just one great song.”

Still, the shock and delight clearly continue to reverberate. “Three years ago, my brother and I were home for Christmas,” Schultz remembers, “and he said, ‘Did you see that “Ho Hey” song has 3,000 hits?’ I thought he was joking, but it kept growing and growing. The number gets so big it’s difficult to wrap your head around it—you realize it as you travel to different cities and more people recognize you. So I’m blown away and thankful that song got our foot in the door with a lot of people.”

Rather than musical influences, Schultz credits people outside of music for helping him realize his musical vision and then stay focused enough not to get carried away by the hype over “Ho Hey.” “There have been a few figures in my life—one worked construction, one was a butcher and the other a sushi guy—and they all taught me so much more about music than most musicians ever did about how to conduct yourself,” he says.

The “sushi guy” was the owner of the restaurant Schultz and Fraites worked at in Denver after relocating from New Jersey. “It’s owned by three Japanese brothers, and they taught me what it means to be a hard worker,” Schultz says. “Making sushi at a high level taught me a lot about how to approach our band. It’s about that unrelenting commitment—being really intentional about things and punching a clock helped me far more than knowing the right records or something.”

Which of course makes it a given that the singer, who spent three months in China but has never been to Japan, is excited about The Lumineers’ first visit here. In the meantime, there’s a European tour, and a track on the new Hunger Games movie. “It’s called ‘Gale Song,’” Schultz informs, “but we’re not allowed to play it until the movie comes out.”

Like all Lumineers’ efforts, the song’s simplicity shrouds the elaborate process that brought it into being. “Typically our songs are worked over a lot—we’ll record 20, 30 versions, playing with the tempo and instrumentation and adding verses and taking them out,” Schultz says. “We burn an idea down and then build it back up again ’til we’re satisfied.”